History
Iloilo is a province located in the region of Western Visayas in the Philippines. Iloilo occupies a major southeast portion of the Visayan island of Panay and is bordered by the province of Antique to the west, Capiz to the north, the Jintotolo Channel to the northeast, the Guimaras Strait to the east, and the Iloilo Strait and Panay Gulf to the southwest.Just off Iloilo's southeast coast is the island province of Guimaras, once part of Iloilo but now an independent province. Across the Panay Gulf and Guimaras Strait is Negros Occidental, occupying the northwestern half of the larger island of Negros. Iloilo's capital is Iloilo City, though the city itself is independent and not governed by the provincial government. According to the 2015 census, the population of the province (excluding Iloilo City) is 1,936,423. If Iloilo City is included, the population is 2,361,042 in total.
Transportation
If one arrived in Iloilo from the airport, aside from the train, there are also shuttle services that will get one to the city. The other modes of Iloilo transportation available to the visitor are jeepneys, tricycles, taxis and buses. The taxi costs about Php170 if one is traveling from the airport to the city. If one has been to Iloilo before and knows where to find a particular place, then the jeepney or the tricycle for short distances is an affordable option. For those who have never been here before but are looking for adventure, then by all means try out the public Iloilo transportation and because the locals are very friendly and accommodating, it’s not a problem to ask about routes.
Weather
The Iloilo City lies on 5m above sea level The climate is tropical in Iloilo City. Most months of the year are marked by significant rainfall. The short dry season has little impact. This location is classified as Am by Köppen and Geiger. In Iloilo City, the average annual temperature is 27.1 °C. Precipitation here averages 2083 mm.
People & Culture
Spanish architecture can be seen in old buildings in downtown Iloilo. Ancient Indonesians, Malaysians and Vietnamese, and later the Indian, Arab, Chinese, Korean and Japanese merchants were already trading with the Ilonggos, long before the arrival of the Mexicans, Spaniards and other Europeans. The ruling Spanish government encouraged these foreign merchants to trade in Iloilo but they were not given privileges like ownership of land. Foreign merchants and Spaniards intermarried with the locals, and the Mestizo class was eventually born from their union. The Mestizo offspring of the local nobilities later emerged as the ruling class of the Ilonggos.
Food
Iloilo is a province that pleases the senses, and for many people it is a province that pleases the sense of taste the most. Throughout the ages, Iloilo cuisine has left a lasting mark on Filipino culture with its delicious array of innovative dishes that may just as well be the reason why people keep coming back here for more.The definition of every society is not only best described by its history and culture. The prevailing culinary art and food preferences of its people are essential components that can explain the evolution of such society since food is always associated with historical struggles and cultural development. This presentation is an attempt to educate every traveler who chooses Iloilo City as a destination, of the multitude of great gastronomic recipes and mastery of the kitchen art which are remarkably an illustration of the indigenous Ilonggo culture. 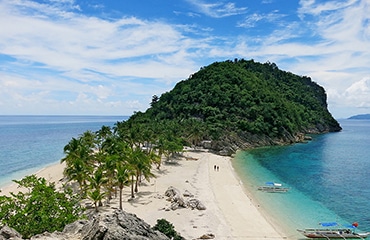