History
Bacolod, the "Sugar Bowl of the Philippines," is one of the most progressive and elite cities in the country. Along its highway, sugarcane plantation is a typical scene; coconut and rice are also grown. The people are engaged in livestock, fishing, and pottery.Bacolod was derived from the Ilonggo word "bakolod" meaning "stonehill" since the settlement was founded in 1770 on a stonehill area, now the district of Granada and the former site of the Bacolod Murcia Milling Company.Due to the Muslim raids in 1787, Bacolod was transferred towards the shoreline. The old site was called "Da-an Banwa," meaning old town.In 1894, by order of Governor General Claveria, through Negros Island Governor Manuel Valdeviseo Morquecho, Bacolod was made the capital of the Province of Negros. Bernardino de los Santos became the first gobernadorcillo and Fray Julian Gonzaga the first parish priest.
Transportation
Similar to any highly urbanized city, there are several ways to get around Bacolod and it doesn’t matter whether one arrived via plane or docked at the seaport. Near the Bacolod-Silay International Airport, a bus terminal is within walking distance and this will get one around the capital. If one is headed somewhere nearer, there are also jeepneys there but for those who are not too familiar with the place or have never been there before, there are also taxis in the area.
Weather
The Bacolod lies on 10m above sea level The climate here is tropical. The rainfall in Bacolod is significant, with precipitation even during the driest month. This location is classified as Af by Köppen and Geiger. In Bacolod, the average annual temperature is 27.1 °C. The average annual rainfall is 2450 mm.
People & Culture
The culture of Negros Occidental has been heavily influenced by both the Spanish and the later American occupations of the region. The indigenous religion long gave way to Roman Catholicism as the dominant religion. The people of Negros Occidental value hospitality, family, humor and hard work. When a family cooks a special meal, they share a bit of it with their neighbors. Because of the sugar industry and the region's later diversification in the 1970s, Negros Occidental has long been a province of industry and comparative wealth. Cockfighting is a big sport in Negros Occidental and is one of the industries that have helped the area diversify. If a gambler is in mourning, he is not allowed to engage in this sport because it is believed that it can only end in loss.
Food
Sugar is central both to the history of Negros Occidental and to the cuisine. Pastries and confections abound, and favorites include guapple pie, made from an oversized variety of guava, and pinasugbo, a type of banana fritter. Other highlights of the cuisine include inasal, which is barbecued marinated chicken. In fact, barbecue is a traditional food throughout the province. Look for foods heavy in Spanish influence, lots of sugar and family recipes handed down with extreme secrecy. 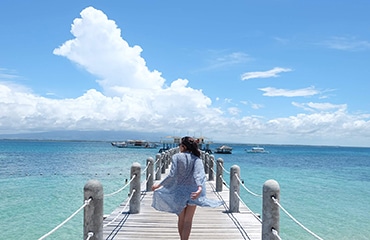